What *Was* I Thinking? 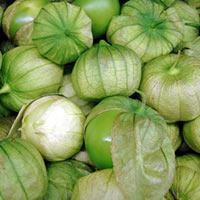 Anyone who gardens can identify with hair-brained schemes that did not go as planned!  I have one such gardening story to share.  It is about my first large-scale vegetable gardening experience.

I had my first vegetable garden when I was about six.  I think I grew tomatoes, and not much else.  I was way more interested in flowers.  I stayed a "flower child" for years and years until I started working as the Curator of Landscape at Fort Ticonderoga in New York.  The main garden for which I was responsible was The King's Garden, a one acre, restored Marian Coffin designed garden from the 1920s.  Outside of the walled King's Garden were six original vegetable garden plots.  During my tenure, we re-planted three of the plots as demonstration gardens:  A Garrison Garden (military vegetable garden), a Children's Vegetable Garden, and a Three Sisters Garden (Native American garden).  The vegetable gardens were 50ft. by 50ft., and in my mind, were huge. I was going to need lots of plants to fill up all of that space...or so I thought.

In the Children's Vegetable Garden, I planted about 20 tomatillo plants.  When my grower dropped them off for me, he said "I don't think you need that many tomatillos."  "We'll be fine," I said with my typical youthful disrespect for authority.  Oh. My. Goodness.  When the tomatillos started to produce, they did not stop.  And, because this was Ticonderoga, New York and not New York, New York, nobody had any idea what to do with them.  So, we let them sit.  (Now I know better--salsa, chutney, enchiladas.  Oh, well.)  They sat, all winter long.  Then, we tilled them back into the ground as we prepared for the new season, come spring.  Then, all million little tomatillo seeds sprouted and grew and grew and grew.

What was I thinking?

Well, the answer to that is "I wasn't!"  I definitely learned my lesson.  Now, when I start my new vegetable garden at my new house, I will plant, maybe, two tomatillo plants.  And I will be certain to pick up any stray tomatillos so they don't sprout all over everything during the next year.  I learned, boy did I learn.  Sometimes it is a good idea to listen to experienced gardeners.  They really do have good advice!