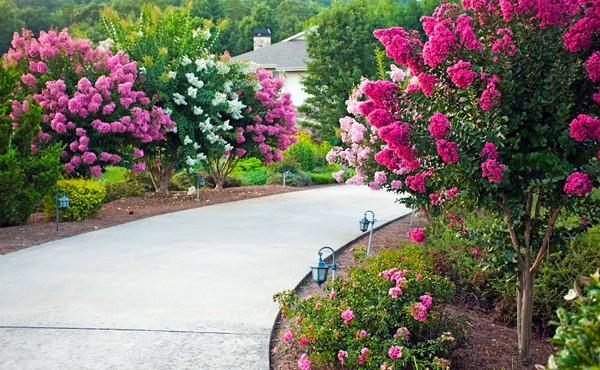 There are around fifty species of Crepe Myrtles (Lagerstroemia), which consist of deciduous and evergreen trees and shrubs. They are native to India, southern China, Australia, and other areas around Oceania, but today they are cultivate in warm climates around the world. There are tropical and sub-tropical varieties. They are mainly known for having colorful, long-lasting flowers. Temperate species have colorful fall foliage as well. All species are woody and their trunks and stems have a mottled appearance from shedding their bark throughout the year. There is huge variation in height between the species with some being as small as one foot and others as tall as 100 feet.

The name Crepe Myrtle comes from the crepe-line texture of the flowers, which bloom in the summer and fall in panicles. They come in a huge variety of colors ranging from dark purple to red to white, and every shade in between. They cannot be found in blue, orange, or yellow, except in the pistils and stamen. Crepe Myrtles produce fruit capsules that are green and succulent before ripening to dark brown or black. The fruit splits down the sides and releases small winged seeds.

The Common Crepe Myrtle (Lagerstroemia indica) was introduced to Charleston, South Carolina around 1790. In the wild, it is mostly found as a large shrub, but after being cultivated for over 200 years there are many cultivars with many different attributes. They can be tidy border trees and dense hedges, along with dwarf varieties that can grow to their full height of a few feet in just one growing season. It is popular in France and the Iberian Peninsula, and grows successfully in the United States south of USDA zone 6 as a deciduous tree. They are susceptible to fungal diseases in overly humid climates though. The flowers are white, mauve, purple, fuchsia, or carmine and the panicles are up to four inches in length. The most popular cultivars are trees that range from twelve to thirty feet in height and should be spaced eight to ten feet apart, requiring full sun. Propagation can be done with cuttings from softwood or hardwood. They can also be grown from seed. Some believe they are overused in the south and another drawback is their very drab appearance in winter. 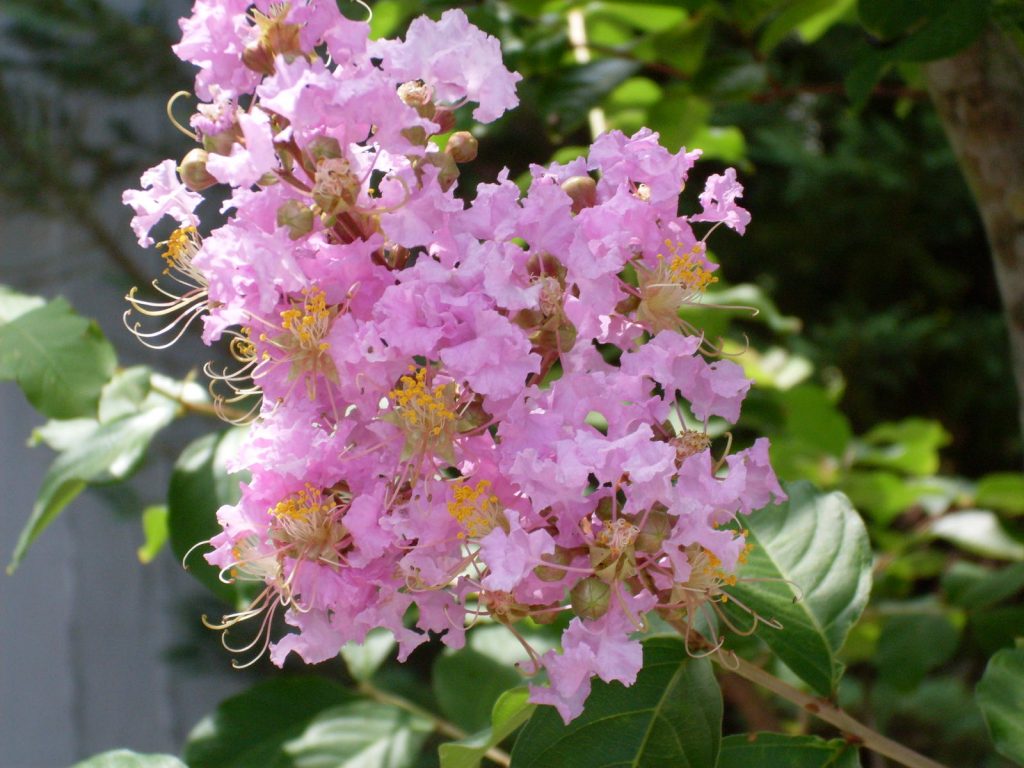 The Japanese Crepe Myrtle (Lagerstroemia fauriei) is less well known, but rising in popularity. It rarely falls victim to the fungal diseases of the Common Crepe Myrtle, and as a result it is often hybridized with the latter to create more hardy plants. It has a distinctly tree-like structure with very colorful bark. In Japan, it is called the saru suberi, which means “monkey slip” because the bark is smooth and slippery. The flowers are of similar size to the Common Crepe Myrtle, but are normally white with slight touches of pink in some. Propagation is the same and it is a rapid grower, reaching twenty to thirty feet in height at maturity. In winter, the bark is more interesting than that of the Common Crepe Myrtle because it is composed of patches of gray, maroon, and brown.