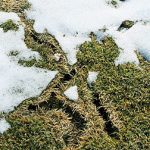 It is a common misconception that moles and voles hibernate during the winter, when in fact, they simply dig deeper tunnels to escape the cold and they continue eating ferociously throughout the winter. Deeper burrows and occasional snow cover, combined with our own tendency to go outside less often in cold weather, makes their signature tunnels, hills, and holes much harder to see; giving the illusion of hibernation or decreased activity. You can avoid the nasty surprise of tunneled lawns and dead plants that spring thaws often reveal. Prevent winter damage from burrowing pests by taking precautionary measures now, before snow and freezing temperatures set it. 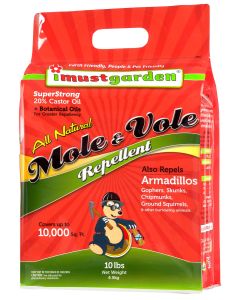 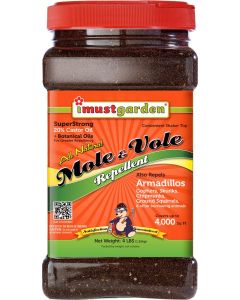 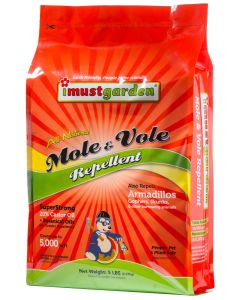 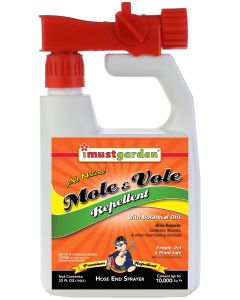 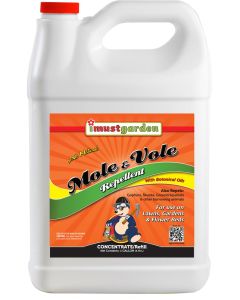 Six Ways to Prevent Mole and Vole Damage During the Winter 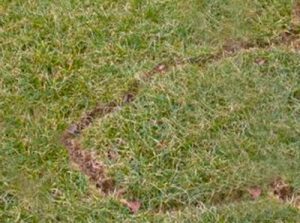 1) Don’t Overwater: Overwatering your lawn with sprinklers or irrigation will leave your soil saturated and loose. Moles and voles are attracted to this moist soil because it is easier to navigate and, in the case of moles, much richer in their main food source; earthworms and grubs. Similarly, if your area experiences a heavy rainfall your lawn could be vulnerable to an invasion - so stay alert.

2) Don’t Mulch Too Early: Mulch can be a great tool when you’re trying to protect plants from cold weather and fluctuating temperatures. The insulating properties of mulch are, unfortunately, also popular with voles. Instead of putting mulch down in early fall, consider waiting until the first frost and apply your mulch soon after. The first frost won’t harm most plants or bulbs, and waiting those extra couple weeks could convince an interested vole in setting up shop somewhere warmer for the winter.

3) Grub Control: Many gardeners believe that controlling a moles food source will prevent them from making a home in your yard. While grub treatments may be beneficial against lawn damaging insects, consider that a moles diet consists primarily of earthworms (up to 70%!) making grub treatments only marginally effective against moles.

4) Install Barriers: Physical barriers in your beds and around trees are sometimes the best way to avoid mole and vole damage. Common barriers include lining the bottom and sides of your beds with hardware cloth to prevent moles and voles from getting in from the ground, and/or putting a layer across the top of your bed to prevent digging. To protect against winter vole damage on trees and shrubs you can wrap hardware cloth around the base of the plant which prevents them from chewing on the bark.

5) Natural Predators: Natural predators like cats, snakes, and birds of prey can be invaluable allies in the fight against moles and voles. Many people are quick to kill a snake or cut down a tree which housed a helpful hawk, and are surprised when their pest problems suddenly increase. Cats are incredible hunters and can do wonders preventing or controlling rodent populations – be forewarned, however, they may want to show off their latest conquest on your welcome mat!

6) Apply Mole and Vole Repellents: Applying an effective mole and vole repellent is a safe and reliable way to prevent winter mole and vole damage. I Must Garden Mole and Vole Repellent uses all natural ingredients to make food sources unpalatable, and living environment unfriendly, to burrowing creatures. Our repellent uses a strong 20% castor oil formula, which coats grubs, worms, and roots to drive moles and voles away in search of palatable food. Other powerful botanical extracts, like mint and cedar oils, play important roles as well. Mint oil is extremely irritating to rodents and works to make the treated areas uncomfortable to live in. Cedar oil is a natural insecticide and drives harmful bugs away from your lawn and garden in addition to controlling the mole and vole’s food source.

If you have already been using a mole and vole repellent through the summer you should continue applications into the winter. Many people stop treatment as pest activity becomes less noticeable which leaves their lawn and garden vulnerable to winter damage. If you are not using a repellent but are seeing signs of mole or vole damage you should start applications immediately before the weather turns. I Must Garden produces a powerful Granular Repellent that is perfect for cold weather application. It is easy to broadcast in any condition, and can even be applied on top of snow where it will melt into the ground.

Do I Have Moles or Voles?

Determining which burrowing pest you are up against dictates which preventative measures will be most effective in stopping winter damage.

1) Mole Hills: mounds of earth that mark where a mole excavated dirt from one of his deeper tunnels or nesting chambers.

2) Feeding Tunnels: Long tracks of slightly raised earth mark a mole’s feeding tunnels. Moles create shallow tunnels to find food, and use their deeper tunnels to travel and nest. Keep an eye out for tunnels running along barriers like driveways and the edge of your house. Moles like to dig along a solid barrier because it gives strength to their tunnels.

3) Mole Damage: Mole damage is usually limited to the raised tunnels and mole hills. Depending on the health of your lawn you may see long tracks of dead grass or plants, indicating a feeding tunnel killed the plants in its path.

1) Tracks of dead grass or rootless plants: Voles will eat delicate grass roots, roots from your flowers or vegetables, or even young shrub/tree roots. They leave behind tracks of dead grass and plants with only the above ground leaves remaining.

2) Small holes in the ground: Small holes, about an inch across, in your yard or by the base of trees and shrubs, indicate a surfacing vole.

3) Above ground damage: In addition to root destruction, voles are ferocious eaters of bark. During winter especially, it is not uncommon to find many inches of bark missing from the base of small trees and shrubs.

We at I Must Garden are dedicated to helping you with whatever pest problem you encounter. If you are being overwhelmed by moles or voles, or just need help identifying their damage, give our office a call anytime and let us help.

Categories: Garden Cents, What do I do now? & Featured Articles
Tags: moles, voles & preventing winter damage from moles and voles
Posted By: I Must Garden
Categories
Links
Recent Posts
Archives
Recent Posts
2022 © I Must Garden - All Rights Reserved