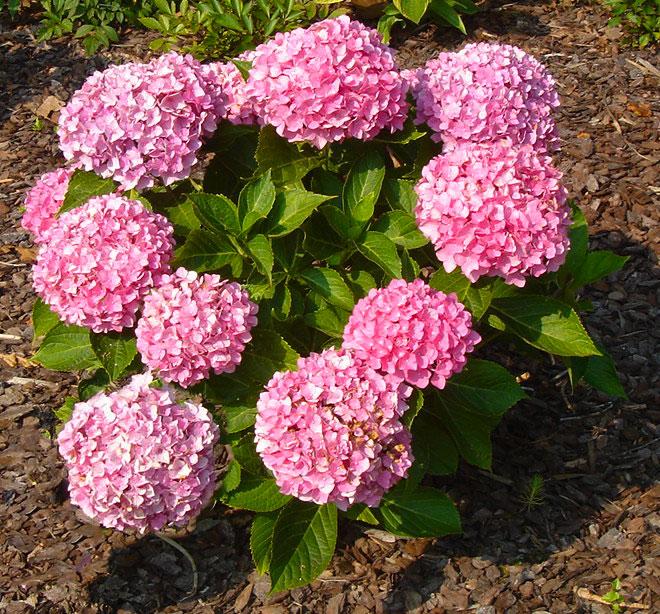 The hydrangea (Hydrangea) or hortensia genus is made up of around seventy species of flowering plants. The widely cultivated temperate species are deciduous, but some varieties are evergreen. Most are shrubs, but some are small trees, and some are even woody vines (lianas). There are two flower arrangements in hydrangeas: mopheads and lacecaps. Mopheads are large and round, resembling pom-poms, while lacecaps are round and flat with a center of smaller, subdued flowers, surrounded by a ring of larger flowers. Until recently, mopheads were substantially more popular. Hydrangeas bloom from early spring to late autumn, and flower color in a lot of species is determined by the pH of the soil. Blooms can be white, blue, pink, or light to dark purple. Red hydrangeas can be obtained, but not in hot climates. It is easiest to control the colors of the plants if you grow them in containers, but even then it can be tricky. Generally speaking, lower pH (more acidic) results in blue flowers and higher pH results in pink flowers.

The Bigleaf Hydrangea (Hydrangea macrophylla) is the most widely grown with over 600 cultivars mostly of the mophead variety. It is what most people think of when they think of hydrangeas or hortensia. It was originally native to Japan, but is also called the French Hydrangea and Penny Mac. The French created many of the most popular hybrids in the eighteenth century. A number of varieties are suitable for potting, but they also make great border shrubs with their rich green foliage and large flowers, which can be light shades of pink, blue, or purple depending on soil acidity. It performs best in USDA zones 6a through 9b in sun to partial shade with minimal pruning. If you want a bushier specimen, you can remove spent flowers.

Recently, there has been renewed interest in lacecap hydrangeas and some of the American species like the Smooth Hydrangea (Hydrangea arborescens) and the Oakleaf Hydrangea (Hydrangea quercifolia). Lacecaps like the Hydrangea marcophylla normalis are considered by some to be easier to landscape with than mopheads because they are more subtle and graceful. The Smooth Hydrangea is great for colder climates and grow naturally from New York to Florida. The flowers are white and form a corymb or panicle. They lack the large, showy, sterile flowers of the Bigleaf, but the corymb is made up of many blooms that resemble snowballs. Oakleaf Hydrangea get much larger (up to twenty-six feet) and have red, bronze, and purple foliage in autumn that persists through winter. The white blooms also appear in panicles, but they can be up to a foot long. The flowers become a rusty color and also persist through winter, making them a great winter garden specimen. They prefer partial to nearly full shade. Smooth and Oakleaf varieties should be pruned in either late winter or early spring. 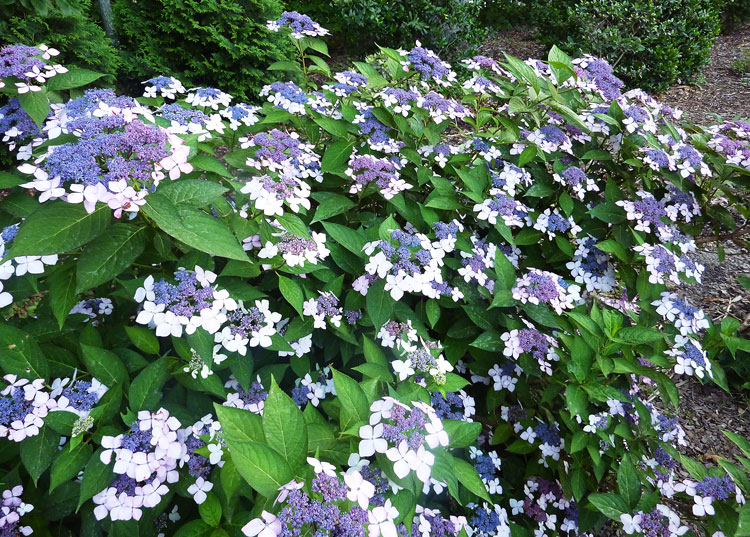 Depending on the species, some cannot be propagated by seed - mopheads have sterile flowers. Almost all hydrangeas are easy to root. Take a six-inch branch cutting from a branch that didn’t flower and remove the lower leaves. Dip the ends in rooting hormone if you like and then insert them into damp vermiculite or coarse sand. Water the pot and allow it to drain then cover the cutting and pot in plastic. Use stakes to prevent the plastic from touching the leaves. Place them in bright light, but not in the sun. Be careful not to overwater and they should begin to root in as little as two weeks. The hardest part is overwintering the cuttings. It is recommended that you start them early in the summer, so they are stronger during the colder months.

Hydrangea comes from the Greek words for “water” and “jar,” loosely translating to “water barrel.” This either refers to the cup-shaped flowers or to the fact that some varieties need plenty of water. Keep this in mind when planting because hydrangeas need rich, moist soil with partial shade. Depending on how large the species is, they should be spaced three to ten feet apart. During any dry periods, make sure to give the plant plenty of water or the leaves will wilt. Mulch, leaves, or pinestraw will help protect younger plants during the colder months. 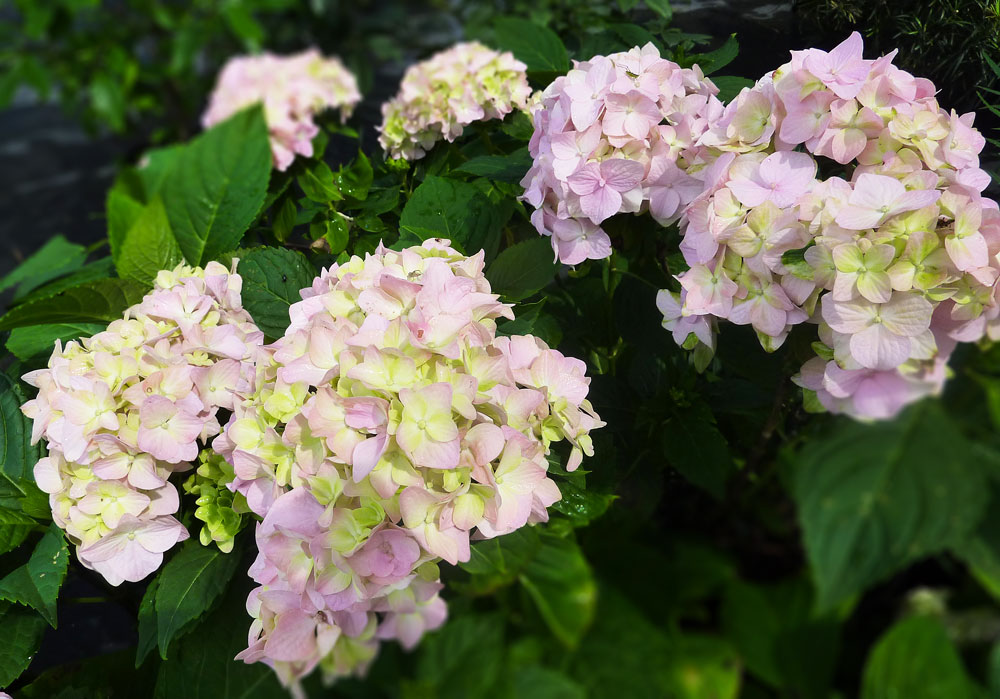