The sight of a snake can provoke an intense, primal response. For some, it's enough to make them jump out of their skin – metaphorically, of course. We'll leave actual skin-shedding to the snakes.

But, if you can keep your head, there are various methods to rid your home of snakes and keep them from returning. Better yet, sound preventative measures may ensure a snake never slithers across your path in the first place. 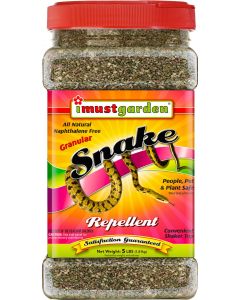 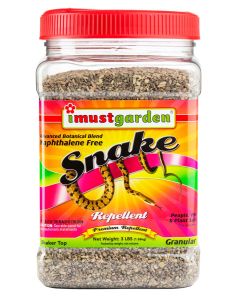 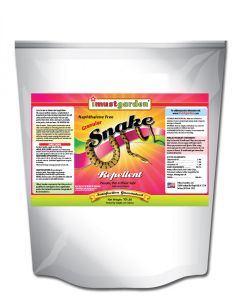 A Little Bit About Snakes

Creatures that have fascinated and frightened throughout human history, their English name “snake” comes from the Old English snaca, “to creep.” Similarly, “serpent” derives from the Ancient Greek herpo, meaning “I crawl.”

Snakes live in some part of every continent except Antarctica, where their cold-blooded bodies cannot stand the temperature. In climates with colder winters, they will go into dormancy until spring.

Different snake species have adapted various methods of movement appropriate to their environment, such as lateral undulation and sidewinding. Even without limbs, they can be proficient climbers, slithering their way up trees or your garden trellis with ease.

Snake’s prey includes rodents, birds, and other small reptiles, which they hunt using their powerful sense of smell. Snakes gather information about their surroundings by collecting particles on their tongue and then passing their tongue over a sensory organ inside their mouth called the Jacobson’s Organ. They can also sense vibrations in the ground through their underbelly, which allows them to detect the steps of other animals or humans.

Of the over 3,000 species of snake worldwide, just about 20% are venomous. Except for certain gigantic constrictors, it's only the venomous snakes who pose a threat to humans. Snake venom can contain a variety of toxins, depending upon the species. These include neurotoxins that attack the nervous system, hemotoxins that attack the circulatory system. While most snakebites cannot kill an adult human, they can still produce serious injuries and even require the amputation of limbs

What Good are Snakes?

When there are a lot of snakes in an area, it means there is a lot of food for them, often small rodents. They are nature’s pest control and keep down the numbers of such animals. But a snake’s role in the food web is special because they serve as both predators to some animals and prey to others. They act as a food source to larger predators like hawks and other birds of prey. So, when possible, it is better not to kill snakes but move them away from your home and garden.

Incredibly subtle predators, snakes have evolved to be hard to spot. The saying “a snake in the grass” is common for a reason! You may even look right at one sunning itself and mistake it for a stick. There is a chance you could spot tracks of their slithering or notice the odd smell of their musk in an enclosed space, like your garage or under your house. However, the number one tell-tale sign of a snake on your property is finding a shed skin, although there is always the chance the snake who shed it was just passing through.

How to Control Snakes

Is there more than one way to skin a snake? There are many common practices for removing these slithering visitors from your home, but not all may be right for you. What’s more, some techniques to repel snakes are neither safe nor effective.

The first step to ridding snakes from your property should be “cultural control.” This means not making the area immediately around your garden attractive to snakes for living, lounging, or snacking. Clear away piles of debris and leaves from your gardening area. Make sure there are no holes in the exterior walls of your house. Doing both will help keep snakes from residing and feeding in your yard.

Many who live in areas where snakes are common may already employ snake-proof fencing on their property. It is important to make sure the holes of the mesh are too small for even young snakes to penetrate, so you will want it to be no more than a ¼ inch. The fabric must be buried at least 4- to 6-feet deep and stand at least 38 inches tall. Such fencing may also be useful in helping to protect chickens.

Some also recommend creating a barrier of lava rock, whose edges are too sharp for snakes to slither across. This may not be practical for your home, although if snakes are common where you live, you might consider using lava rock in landscaping.

Regardless of the barrier method you attempt, in even the best of cases it will only serve to keep snakes away and do nothing to address an existing snake problem on your property.

Snakes will not live where they cannot feed, so removing other pests from your property may encourage them to search elsewhere for food. Some of snakes’ favorite prey include moles, voles, and rabbits. A snake will slither into these animal’s underground dens and, after they eat the inhabitants, make a home for themselves there. If you would like to starve out your snakes, consider trying our I Must Garden Mole & Vole Repellent or I Must Garden Rabbit Repellent.

Some snake repellents use naphthalene, a strong, toxic chemical. Many people are most familiar with naphthalene as the active ingredient in mothballs. What they may be less familiar with are the potential side-effects of naphthalene poisoning. Naphthalene can induce skin and eye irritation, nausea, vomiting, diarrhea, convulsions, and even, in some cases, death.

Misinformation abounds on using mothballs as a cheap snake repellent. This is a myth! Mothballs have been proven ineffective at repelling snakes over and over, and they increase the risk of naphthalene poisoning as pets and small children may be inclined to put them in their mouths. Mothballs are regulated by the EPA and using them in your yard is illegal!

I Must Garden Snake Repellent

If you have a problem with snakes in your yard, use a safe, non-toxic snake repellent to give you peace of mind. I Must Garden Snake Repellent works to repel snakes from inside and outside the house.

Simply sprinkle the granular repellent throughout your garden, in sidewalk cracks, and around the foundation of the house every three weeks, and the snakes will get the message to stay away. You can also set up a barrier around your house or garden by sprinkling a perimeter of granules around the area.

Repelling snakes the natural way, without toxic chemicals, will keep you, your garden, and your visitors safe!

We want you to be satisfied with every purchase from I Must Garden. If you have any questions or concerns, please contact us.

Reference Links Other Tips
2021 © I Must Garden - All Rights Reserved