$14.99
In stock
SKU
SS5
Add to Wish List Add to Compare
Email
Skip to the end of the images gallery

Skip to the beginning of the images gallery 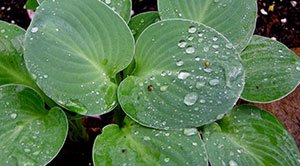 If you want healthy, vibrant plants, you need to make sure they have enough Sulfur!

Plants require Sulfur to produce chlorophyll, which gives leaves their green color and converts sunlight into energy via photosynthesis. Plants without enough Sulfur turn ugly, yellow, and sad, a state called “chlorosis.” But it’s not just about looks. Sulfur deficiency means plants lack the energy needed to grow and produce flowers and fruit. You especially need to make sure your soil has sufficient Sulfur if you are growing beans or any of the cruciferous vegetables in the cabbage family, such as spinach, broccoli, cauliflower, or Brussels sprouts. And in mustard greens, onions, and garlic, Sulfur also produces flavor.

To give your plants the Sulfur they need, add granular Sulfur to your soil. Plants can only take in Sulfur through their roots after micro-organisms in the soil convert Sulfur into a form they can absorb. Adding granular Sulfur to your soil will also condition it, lowering the pH and reducing sodium levels. If you live in a region where the soil is sandy, be prepared to give your plants extra Sulfur because sandy soil does not hold Sulfur well. But in regions with clay soil, you will want to add a little less.

Other Uses of Sulfur

Wettable Sulfur is a fine powder that you can mix with water to form a natural, organic fungicide. It kills fungus on contact and prevents the formation of fungal spores that spread the disease. Over 2,000 years ago, the ancient Greeks wrote about using Sulfur to fight off rust in their wheat crops, so it has a long-established history. In addition to rust, Sulfur will kill off powdery mildew, rose black spot, and other fungi. It is also an effective pesticide against mites, aphids, and thrips.

Check items to add to the cart or